THE BARBER OF SEVILLE

The Barber of Seville

Church of St. Ann and the Holy Trinity, 157 Montague Street in Brooklyn Heights

The Barber of Seville, an enormous puppet opera which toured the globe for decades, began as a project with the Brooklyn Opera Society in 1984. With its slapstick, farce and disguises, Rinaldo Tazzini, artistic director of the Brooklyn Opera Society, said, ''The Barber of Seville'' seemed suitable to produce Punch-and-Judy style. Medieval puppet shows, he noted, were the comedies that developed into Italian comic opera. Rossini's ''Barber'' is the tale of a young Spanish noblewoman, Rosina, who is pursued by both her elderly tutor, Doctor Bartolo, and by the young Count Almaviva. The Count, aided by Figaro, the Barber of Seville, assumes various guises to court and eventually to win Rosina.

Amy Trompetter built all the puppets from clay and colored paper glued to a wire frame. They range from a two-foot-high, doll-like Rosina, to a mask and stomach for Doctor Bartolo, worn by a puppeteer, and a giant head of Figaro, eight feet wide. The people who move these puppets, Ellis Jacobson, a puppeteer said, feel they must be actors, dancers and weight lifters all at once.

The effect of up to 10 such puppets swooping and twirling beneath St. Ann's Gothic Revival arches and majestic stained glass-window, Barney Carlson, co-director of the production, says, is like an ''animated cartoon.'' Miss Hastings, fresh from her first rehearsal, described it as ''some weird dream.'' Yet such effects were not what Miss Trompetter had originally intended for the production. She designed each puppet for a specific scene of the opera - a dismayed Rosina with head thrown back, arms over her head, a dancing Bartolo with hands on hips - and had imagined that the puppeteers would hold them still while the singers performed. ''But in rehearsal,'' she said, ''we found how much the puppets could move.''

"Puppets can fly when they're in love." -Tazzini 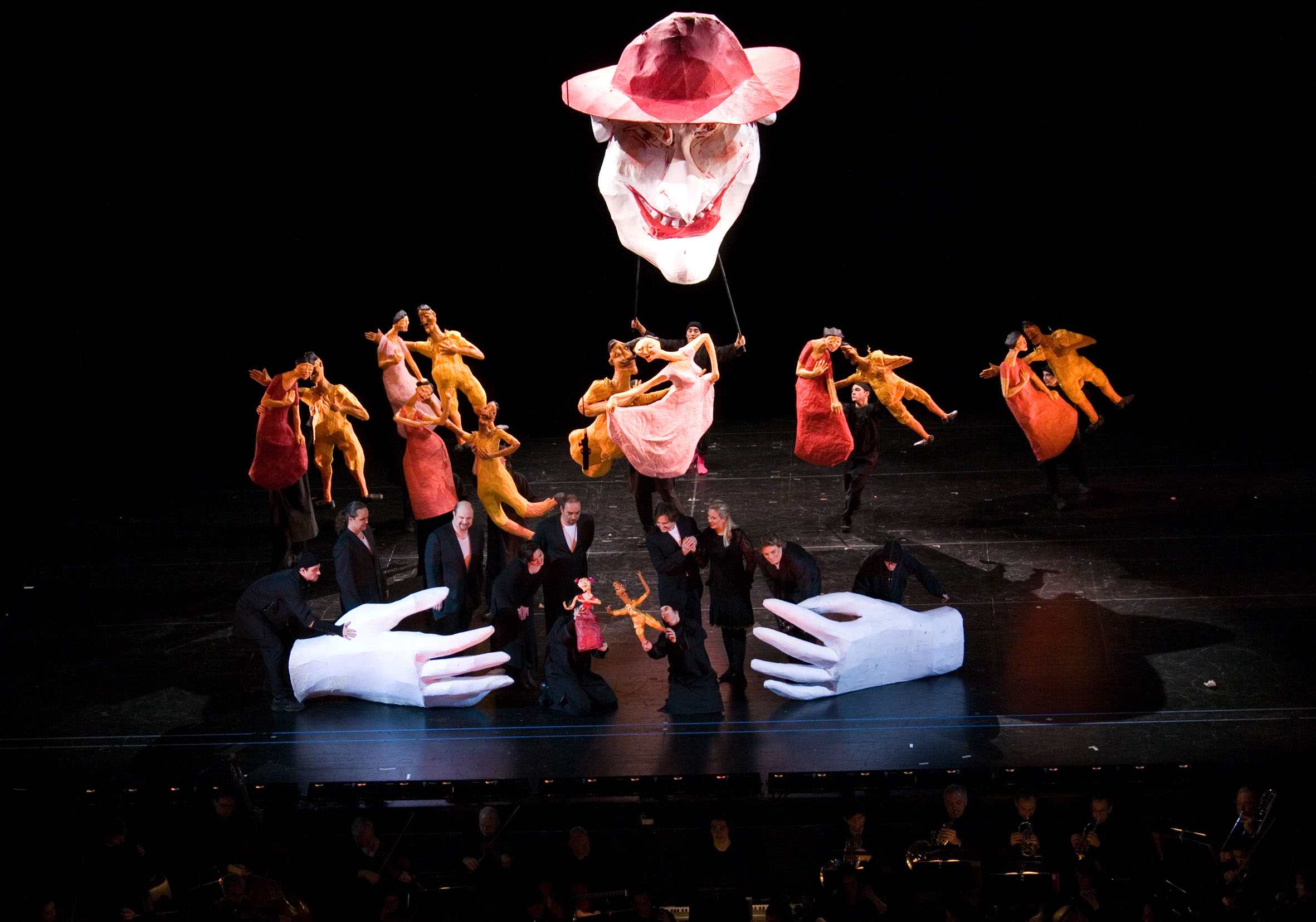 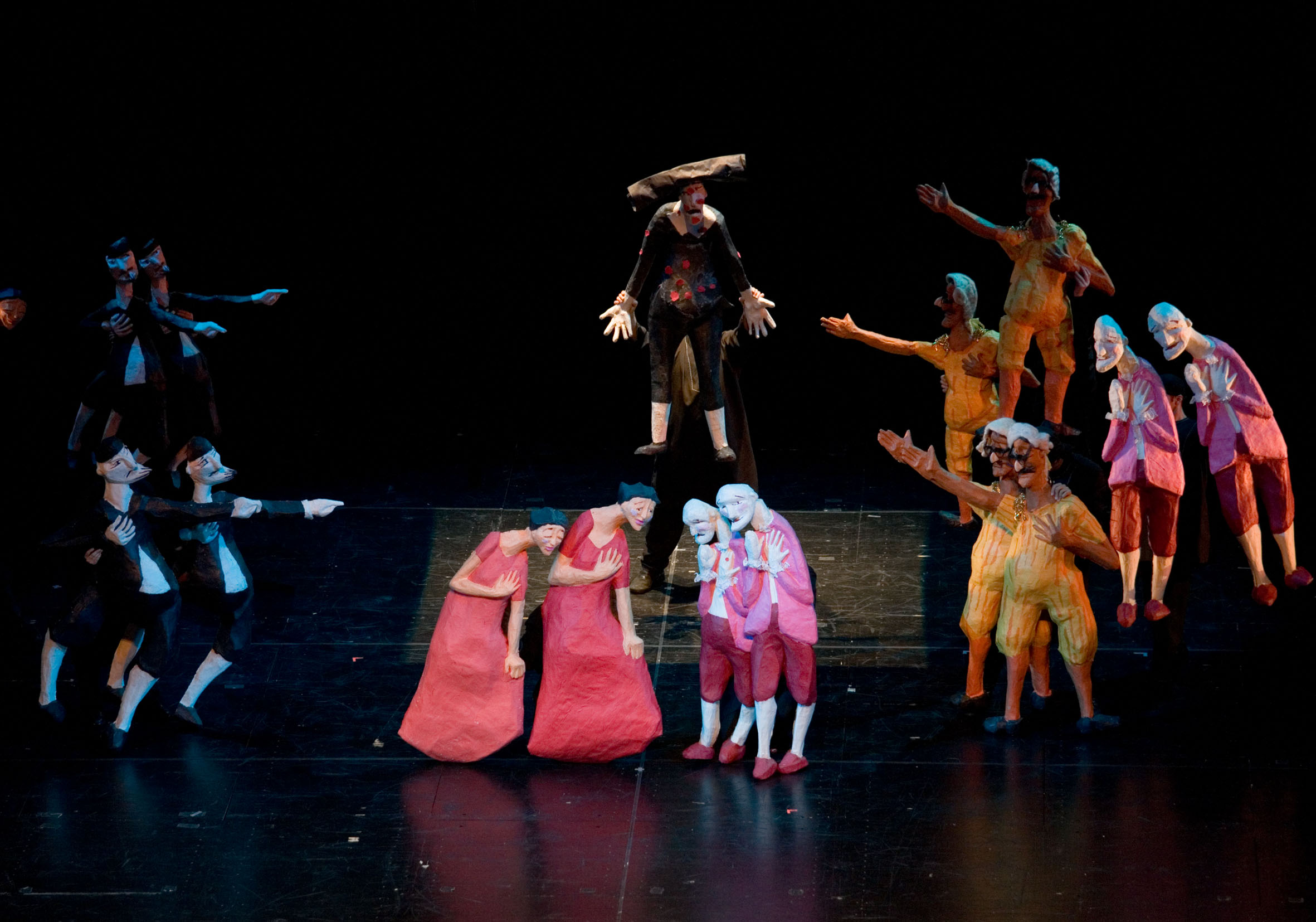 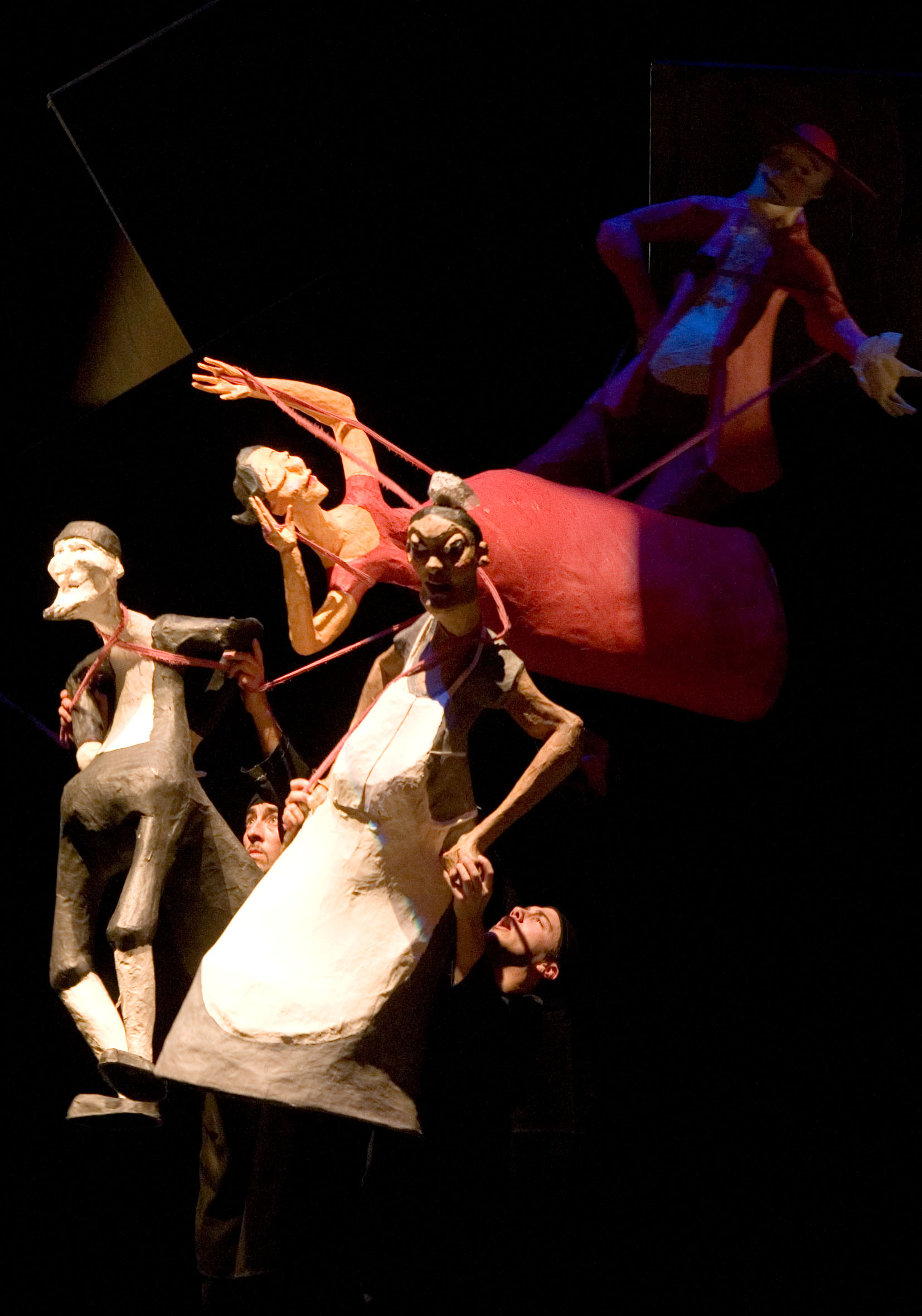 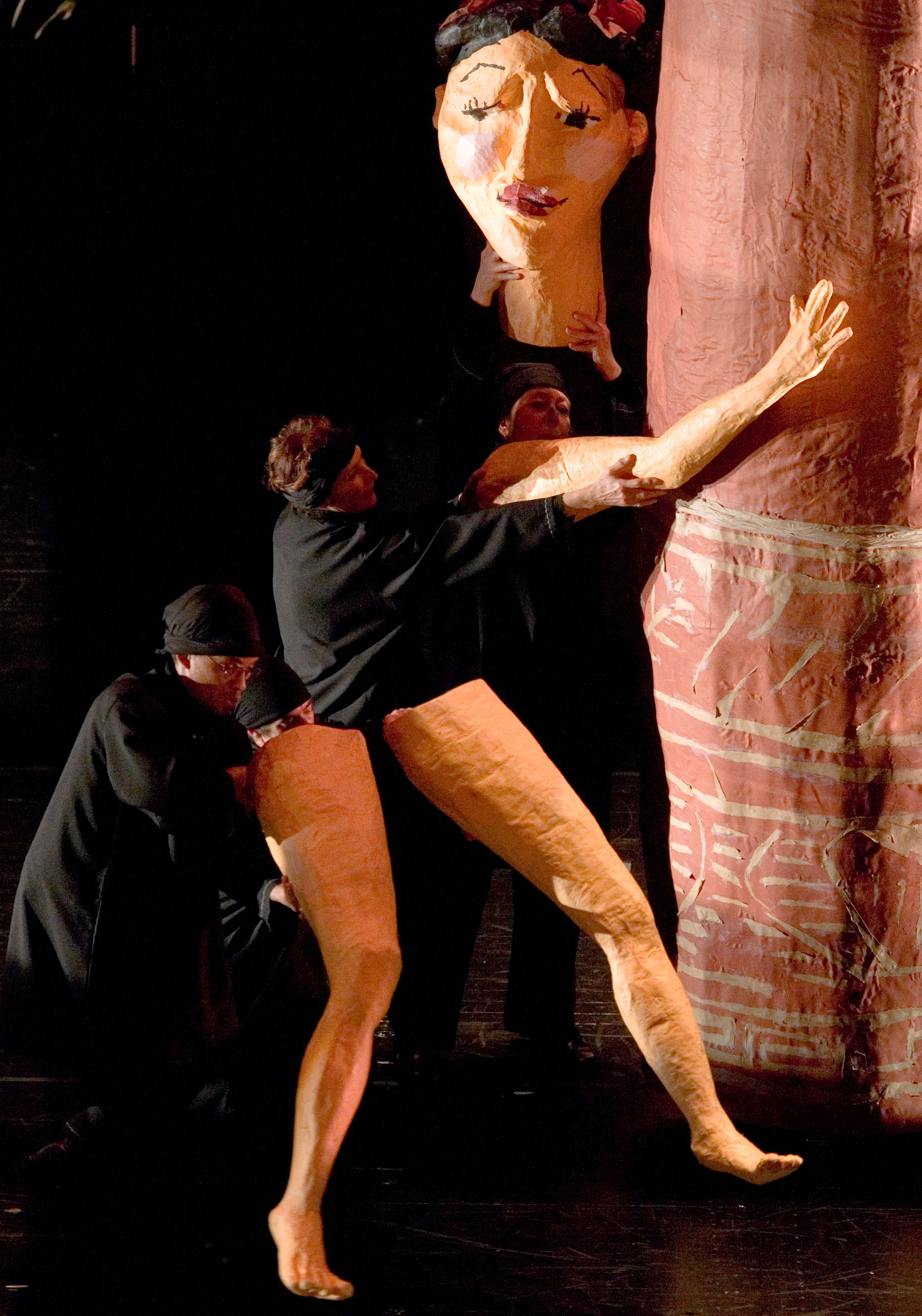 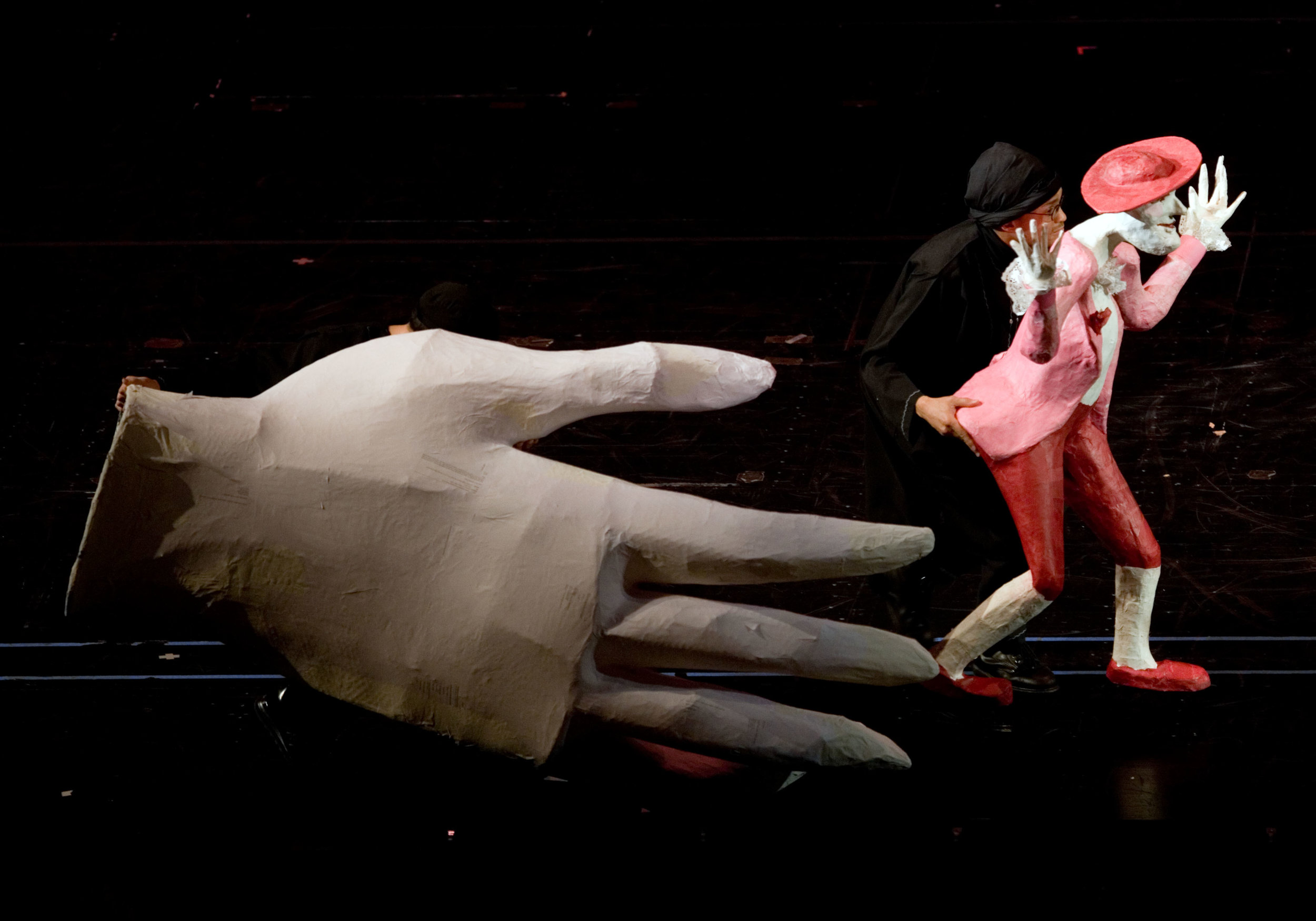 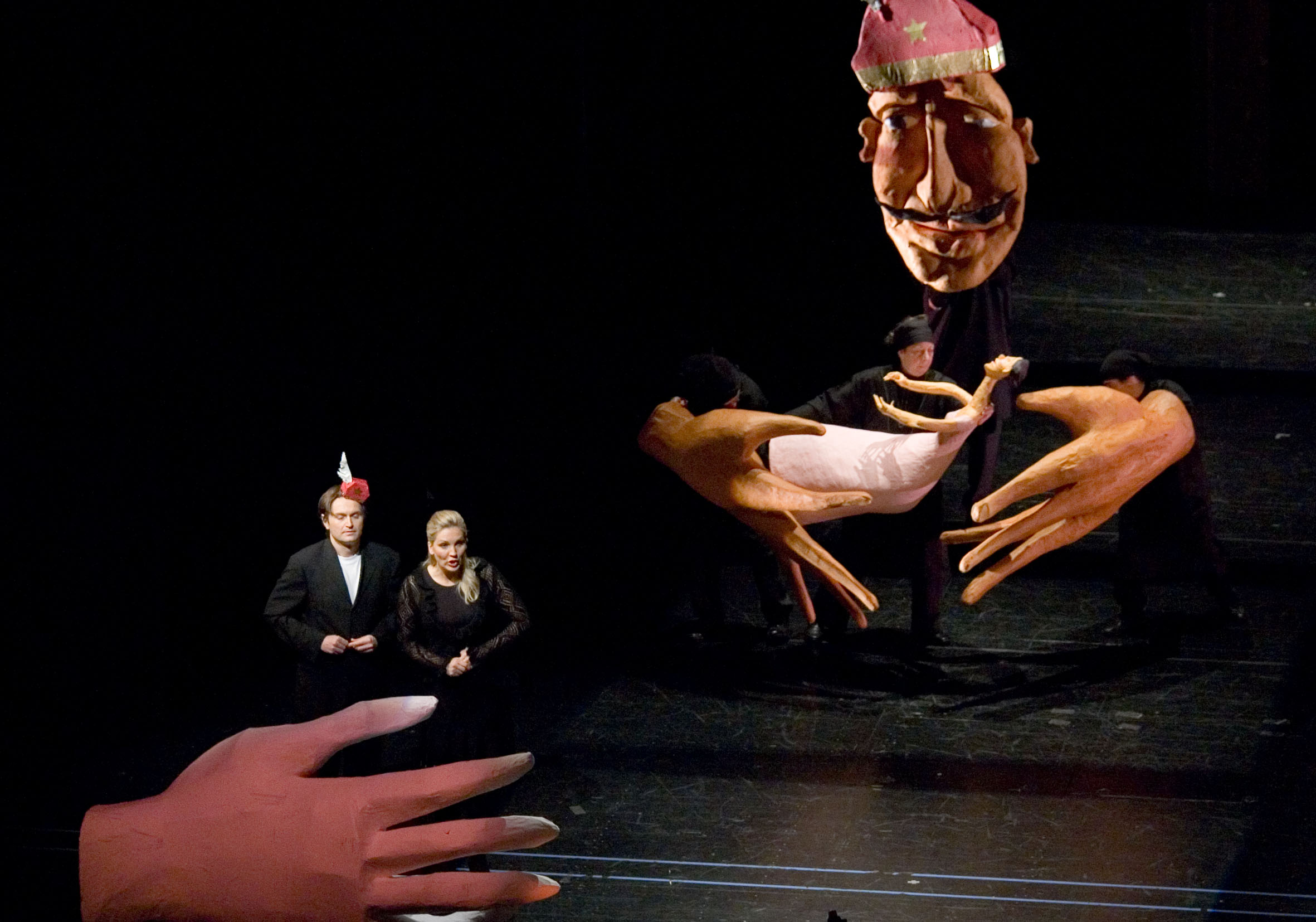